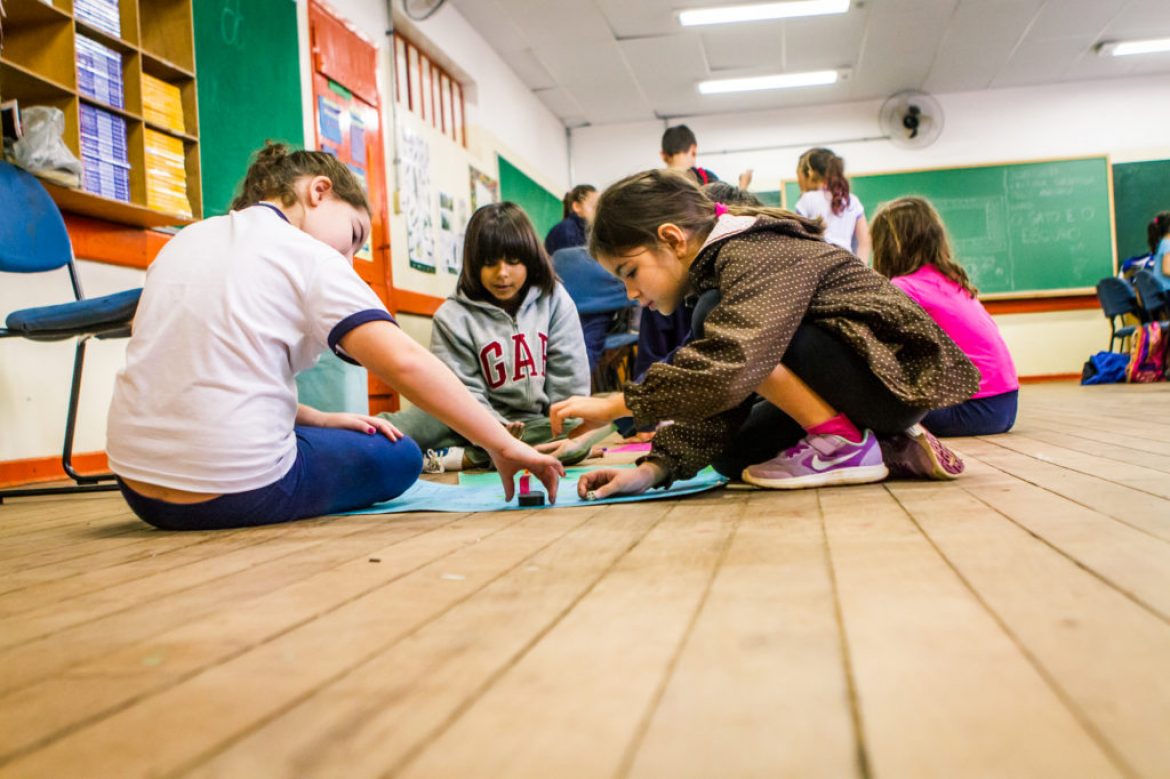 With the arrival of Ana Elisa Siqueira in 1996, current Principal of the School, the School started to experience its deepest transformations. Concerned with the high dropout rate, it became the School’s only and most concrete social goal –keep students in school for as long as possible. At that time, they knocked down the fences that hindered the circulation in the courtyard, in a vote of respect and trust. The school was to be also open on weekends, and finally, the School open to the community.

In 2003, the School networked the School Ponte de Portugal, and by consulting with the psychologist Rosely Sayão, it began the greatest
transformation process in the School’s pedagogy – knocking the walls of classrooms and forming great halls of learning.