The Changemaker Schools program is an initiative by Ashoka, a global organization that gathers social entrepreneurs from every part of the world.

Based on the belief that anyone in a society can be a changemaker, the program sees the school as a special space to promote experiences capable of teaching people a sense of responsibility towards the world. Children and youngsters willing to take on an active role in the face of necessary changes, in a variety of social contexts, and supported by tools and values such as empathy, teamwork, creativity and leadership.

The program began in 2009, in the United States, and since then has spread to 34 countries. Today, it has a network of over 280 schools, with 18 of them in Brazil.

The initiative was launched in Brazil in September of 2015, in partnership with Alana, a nonprofit organization that bets on projects that seek to safeguard the conditions necessary for the full experience of childhood.

After a careful review process, the schools are invited to engage with a community consisting of a variety of professionals who share the vision that everyone can be a changemaker. This group consists of journalists, professors, representatives of the government and the third sector, experts, and artists.
This co-lead community sees the child and the youngster through an integral perspective of development, in which the body, emotion, and reason are not separate, and all three are essential to the development of free and independent people, capable of relating and acting in the world in a more empathetic manner. The stories and experiences of these schools and the other members of the Changemaker Schools community inspire and help expand the social demand for this kind of education.
Together with this community, Ashoka and Alana accepted the challenge of sharing a common message: that education, in many parts of the country and around the world, is changing.

More than simply creating or replicating a new program or curriculum, we are talking about fighting for a change in the mentality and view of education. We are talking about creating and promoting, together, a new point of reference for education and people’s lives in our society. 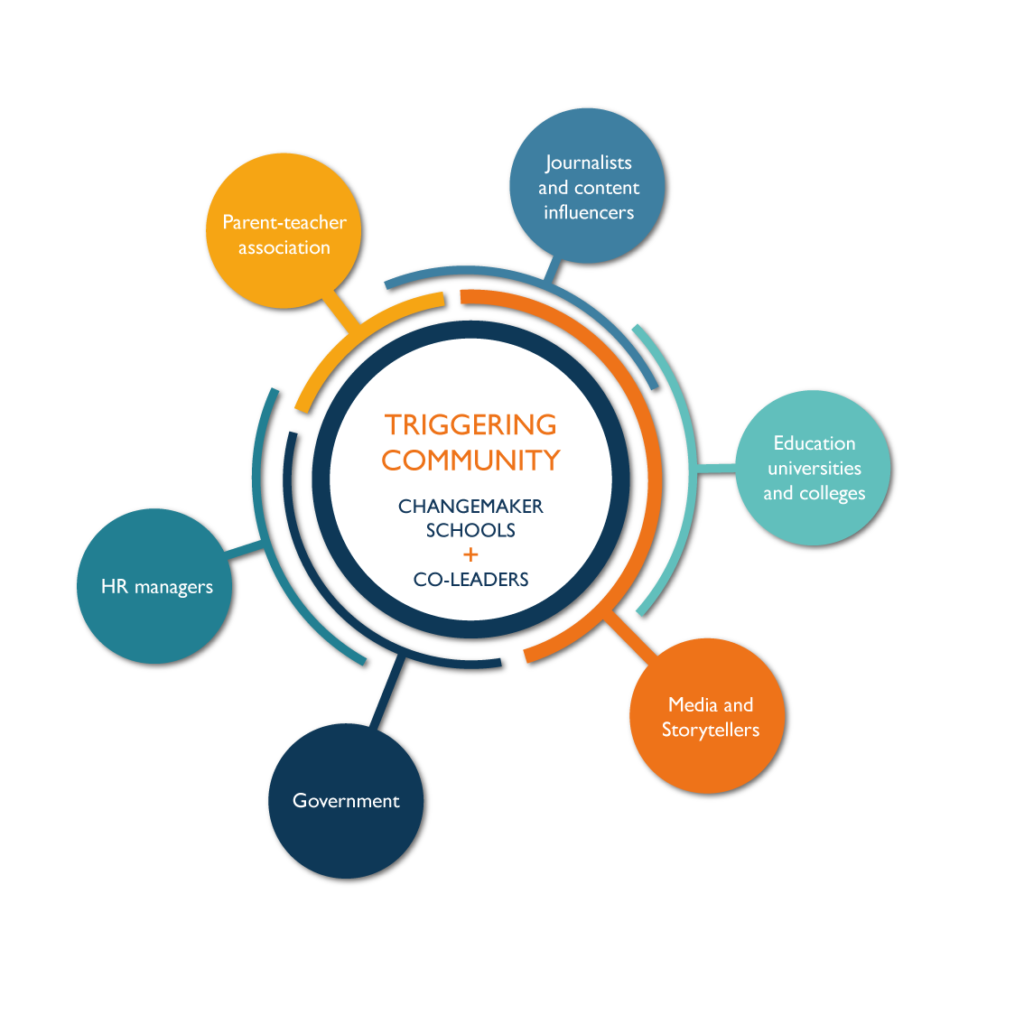 Ashoka is a global social organization founded in 1981 that brings together over 3,300 social entrepreneurs (Ashoka Fellows) in 84 countries. It aims to collaborate in the construction of a world in which Everyone is a Changemaker, where any person can develop and apply the necessary skills to solve the main social problems we face today and in the future.

Alana is a nonprofit civil society organization that brings together
programs that pursue conditions for children to fully experience their childhoods. Founded in 1994, Alana has been maintained by an  endowment fund since 2013. Its mission is to “honor the children”